Assumptions and confidence have an interesting relationship.

Once, when I was in my mid-20’s, I was facilitating a training as a young community organizer. One could describe my level of confidence as cocky. Instead of listening to one particular gentleman in the session, I talked over him and insisted that he was wrong. He went quiet. I assumed I had won the argument and carried on with the class. The rest of the group also got quiet. I assumed it was because they had realized I knew what I was talking about.

What I learned afterwards was that I’d lost all credibility with the man and the group because of how I’d handled myself.

Oh, the arrogance. I cringe at the memory.

From the same time period, I attended someone else’s meeting. I was new to the organization and desperate to prove I belonged there. In my crisis of confidence, I didn’t pay any real attention to the discussion. I was just looking for my opportunity to speak. When I did, I offered my own experiences as a way to prove I had street cred. I was met with hostility.

No one cared about my street cred. They cared about how well I could listen and connect with them. As a result, I lost all credibility with that group as well.

I’m a slow learner. At least I was back then.

My behavior was the same even though my confidence levels were at opposite ends of the spectrum in those two instances.

Why does that happen?

In the first instance, my inner chatter was self-righteous.

In the second, it was self-doubting.

In both cases, I was totally in my head, very busy navel-gazing.

I wasn’t focused on those in front of me at all.

Because my focus was solely on myself, I didn’t engage.

Except in assumptions. I engaged in plenty of those.

Allow your confidence to lead you to be curious about those around you.

What do they see?

What do they think?

You might also be surprised by the way your confidence grows in a healthy direction as a result. 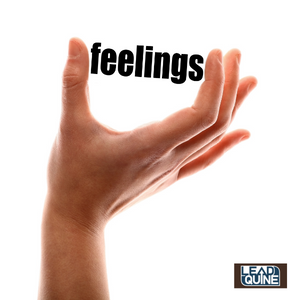 Wow. There’s just so much going on right now. In the world, in families, in economies. The holidays don’t help. They cause 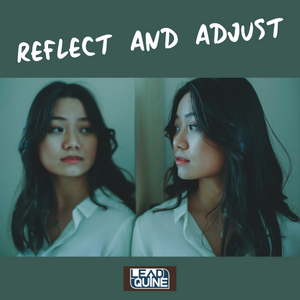 Let’s face it. I’m not the only one out here making assumptions. As we’ve discussed over the past several weeks, they are 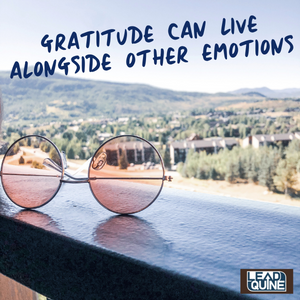 Gratitude Can Live Alongside Other Emotions

Looking on “the bright side” is highly overrated. It’s not that I don’t appreciate people, goodness, etc. in my life. Not at