When my kids were small, I struggled to parent with patience. I didn’t have a great roadmap for the kind of parent I wanted to be. A friend turned me onto “Parenting with Love and Logic”. I attribute my sanity to these books. My kids are teenagers now, and the wisdom in these books continues to ensure I have a better relationship with them than I otherwise would.

The concept of empathy for a child doing something “wrong” was totally foreign to me. My own parents did not model it, and I didn’t know how. My knee-jerk reaction to their misbehavior was nearly always anger. Learning to dig deep for empathy when my kid did something hurtful or embarrassing or unwise was one of the biggest insights I gained.

Responding with empathy instead of anger isn’t just for parenting. The benefits of finding empathy for another person extend to pretty much all human interactions. The ongoing challenge of that?

Embracing the perspective on the situation which allows you to connect with that empathy.

Someone cut you off in traffic? Typical immediate reactions (TIRs)—fury. Frustration. Anger. Disgust.

A team member is late delivering their part of a project? TIRs—irritation. Anxiety. Stress. Anger. Frustration.

Your boss selects someone else to lead the new project? TIRs—disappointment. Resentment. Anger. Frustration. A blow to self-confidence.

What do all of these scenarios have in common? The TIRs reflect how the action affects you directly.

But so often, actions from others are not about you.

And even when they are, they say more about the other person than they do about you.

One of my clients, Anna, had a situation last week which really illustrates this point. She leads a team of eight direct reports. One team member, Jane, was upset about being held accountable for progress (not) being made on a critical project. Jane threw out every possible excuse to try and justify why a benchmark goal had not been met. But the bottom line was that Jane had simply chosen to spend her time on other tasks, losing sight of the deadline and the order of priorities. Rather than ask for help, she chose to muddle through in uncertainty, causing her to miss the deadline.

Anna was very angry. The missed benchmark had a domino effect in the larger team, and she had been in a very uncomfortable position with her Board, trying to explain why the project was at a standstill. She was having trouble seeing through her anger to figure out how to move forward.

When Anna was ready, we talked about why this situation with Jane made her so angry. Turns out her anger was wrapped up in a couple of things. One was her fear that she had failed Jane by not clarifying with her enough about the priority this project needed to take over everything else. Another was feeling like Jane just didn’t care about the impact this had on Anna and the rest of the project and team.

I asked Anna if she could try to flip the looking glass around and see the entire situation from Jane’s perspective. When she was ready to do that, she saw a couple things. One was how fearful Jane was of being seen as incompetent or a “weak link” in the team, which made asking for help really challenging. Anna was also able to see how several managers had recently pulled Jane’s focus in other directions without talking to Anna, and Jane was afraid to say “no” to them. In short, Jane’s fear had taken over.

When Anna realized this, it stopped her anger. She could relate. She remembered being at Jane’s level in the organization and the pressures to innately understand what the higher-level managers needed. It allowed Anna to feel empathy for Jane.

This didn’t get Jane off the hook–she still was accountable for her actions. But it made it possible for Anna to find empathy, which allowed her to engage in a productive conversation with Jane, rather than a punitive one.

When we dig deep and can find empathy for another person, it enables us to have more productive conversations. Everyone makes mistakes. It’s all about how you respond. I will try to respond with empathy. Will you? 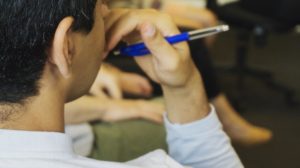 How do you think about leadership? Not the textbook or Google definition. What does it actually mean to you? How does your 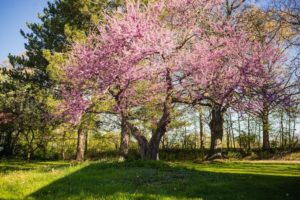 One of our hard-wired tendencies relates to how easy it is to adapt to new or changing situations. On one end of 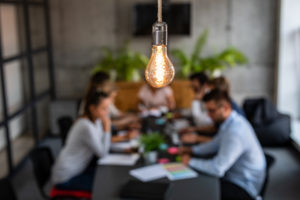 Which Lens Are You Using?

James was growing frustrated with Fran. She would not take the project in the direction he felt it should go. When he

Our sole focus is your professional development. From Executive Coaching to classroom-based workshops to experiences at our unique location, we’ve got your team development needs covered. Connect with us to learn more today.
Facebook Instagram Youtube Twitter Linkedin