Conflict is felt differently by people depending on many factors. Hard-wiring certainly plays a big part. If you’re hard-wired to prefer harmony, you’re more likely to experience conflict more easily. If you’re hard-wired to be more comfortable with pushback, you probably tend to not even realize when you’re creating conflict at times. Regardless of your hard-wiring and preferences, all of us have moments when we would prefer to stop a conflict before it really starts. Let’s talk about some ways to head it off at the pass when you see it coming.

Don’t be an ostrich. Or a Ned.

I have a client who avoids conflict and confrontation of any sort at all costs. Let’s call him Ned. He goes to great lengths to step around people and situations where that potential exists. One member of his team became frustrated with the lack of clear direction she felt she was getting. She tried asking questions but wasn’t getting what she wanted. Ned could see her frustration building, but rather than do anything about it, he skirted the issue. His perception of the conflict was that it was more uncomfortable than trying to step around it.

Eventually things came to a head and his team member exploded at him during a meeting. When forced to confront the issues head on, Ned realized her frustrations with the lack of clarity about her role were relatively simple to resolve. But by then, her frustrations with him for not being willing to engage were an even bigger problem. Ultimately, she left the team to work elsewhere in the organization. That’s when Ned realized he needed to find another way to engage with his colleagues.

Get out in front of it

I think we all know the signs. When things start to move towards conflict, I hear alarm bells in my head. I start asking myself questions about where I think the breakdown happened. I look for the moment in our communication where the other person misunderstood me or I misunderstood them. Because 99% of the time, that’s what it is—a misunderstanding.

Questions are my favorite go-to, as you may know. But I don’t just start firing them off. I start by explaining why I’m asking. It sounds something like this.

“I feel like we’re heading towards a misunderstanding. Do you mind if I ask a couple questions to make sure I’m hearing you right?”

This opener tends to give everyone involved a pause. It helps us realize we can’t go further forward in the conversation until we figure out where the wheel is starting to slip off the track. From there, I go directly to what I think is causing the misunderstanding. And I try to do it in a way that does not cast blame, but rather engages me in active listening.

“Here’s what I got from what you were saying……What did I miss?”

“Can you help me figure out where I misunderstood you?”

“I’m afraid I may have caused some confusion. I’m not sure I explained that very well. Would you be willing to tell me what you got from it so I can see where I need to clarify?”

For some people, this is a no-brainer. But they probably aren’t reading this post. For others (maybe you?), this is trickier. Less comfortable. Remember our friend Ned? He knew he needed to address the problem but was less sure he was willing to leap directly into doing things differently.

I asked Ned to think about the consequences of doing nothing. No, to really dig into them, identify them concretely, and explain them to me. When he did, it went from something he “should” address to something he felt compelled to change. He didn’t want someone else to leave his team. He didn’t want to have to get to the moment of extreme discomfort and confrontation that he experienced with his first team member.

It takes a little courage to disrupt the direction things are going and ask questions. Ask yourself if it’s worth it now, or if you are fine with things eventually coming to a head. Ned chose courage, and I do, too. What do you choose? 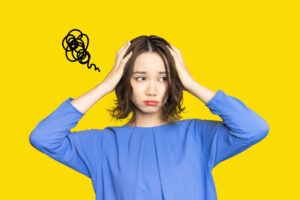 Ask for What You Need

We face situations all the time where we aren’t getting what we need. I find the most difficult things to ask for 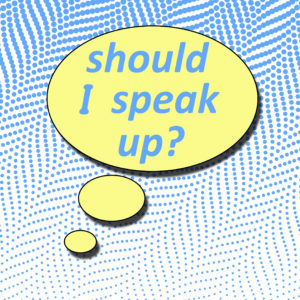 This is my area of expertise, to leave nothing unsaid. The “diplomatically” part is much more of a challenge. It is not 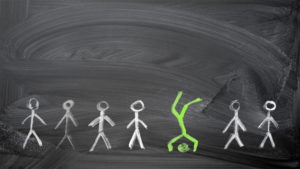 What Do They Really Want?

You know the ones. The people in our workplaces that get labeled “difficult”. Or “hard to work with”. Maybe even “gate keepers”.

Ask for What You Need