Is it just me or do you find yourself hesitating to shout “Happy New Year!” with the same gusto as you may have in previous years?

The whole year of 2020 felt like one sucker punch after another. I’m talking on a national and global level, as well as a very personal one for so many of us.

In many ways, going into lockdown was bliss for me, I’m not gonna lie. I live on a beautiful 22-acre farm with animals and a family I love dearly. We have the good fortune to have plenty of space for us to coexist without getting on each other’s nerves too much, and on most days, we felt pretty isolated from the horrors of what was unfolding elsewhere. I had been traveling quite a bit leading up to the lockdown. While I was disappointed to cancel travel plans and truly nervous about the economic impact it would have on our business and thus our lives, I got pretty comfortable in my home office. It’s now hard for me to imagine traveling full-time again.

Where’s the sucker punch in that? We lost 70% of the business we had slated for the year and nearly went under as a result. We went from a company of two with contractors to a company of one.

What we learned about some of the people in our lives this year was perhaps one of the most unsettling and disappointing sucker punches. People we have relied on and been very close to in the past began drawing lines in the sand. It’s not like we were oblivious to having differences of politics in the past, but this year took those divisions to a whole new horrible level. No longer was it acceptable to simply agree to disagree. No longer were some folks able to respect differences of opinion. We’ve done more than just socially distance ourselves from these relationships. It’s been called into question whether or not they can be repaired.

The death of my mother in December was the worst. She lost a fast and furious battle with Lewy Body Dementia much sooner than we expected. She was the third family matriarch we lost this year. While her death was not completely unexpected, I learned that that has absolutely no bearing on the feeling of loss. (By the way, someone actually said that to me—that her death was not unexpected. Yes, I know, you ninny, but you don’t actually *say* that to someone who has just suffered a loss, for the record. PSA over.) The timing of her death felt like an accelerant on this dumpster fire of a year, bringing it to a premature close for me and my business.

Where does this leave us? Here. Right where we are, just as we are.

Maybe this year is about doing the mental work to make sure you can respond to whatever curve balls (or sucker punches) may come your way. I’m over the shouts of positivity and exclamations about making it the best year ever. If 2020 taught me nothing else, it’s that I control far less than I thought I did.

Keep on going. Know that I’m over here Doing The Things, and I’ll know that you’re over there Doing The Things. With any luck, there will be more hugs, more time with people you love (or even just like), and less stress. Cheers, friends. Welcome to 2021. 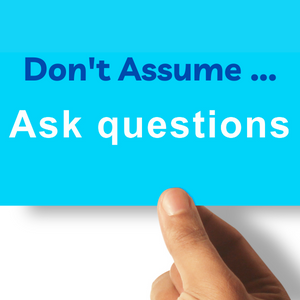 Like background music in a movie, assumptions may not be all that noticeable. Until they are. Assumptions are everywhere. They are so

I cannot believe this is happening. It’s been so long in the making, I’m struggling to wrap my head around the fact 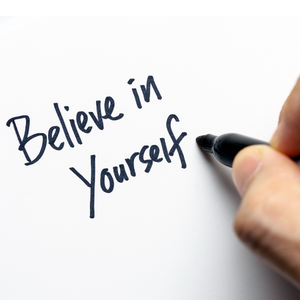 Don’t Set Yourself Up to Fail

Don’t set yourself up to fail. If you go into a situation convinced you will mess it up or get it wrong