Daisy, Glory, Maggie, Lily, Frank and Tessa are all part of the same team. Before Frank came along, Lily was the leader of this team. She managed everyone pretty well, using a firmer hand than was always necessary, but definitely getting the job done. She was transferred to a new team temporarily. Tessa, sensing a leadership vacuum when Lily moved, tried to step up to the plate. Daisy, Glory and Maggie were accepting of her leadership to some degree, but mostly just ignored her. After a few days, Frank came on board. He was not given a leadership position, and was more interested in being playful with his colleagues than in leading them at first. When Frank showed up, Tessa became much more assertive in her leadership, being extra heavy-handed with playful Frank. The other members of the team just tried to stay out of the way.

After a couple of weeks, Lily returned to her team only to find that now, her position as leader was challenged on two fronts. Tessa felt she had been leading the team successfully and should continue in her role, and Frank suddenly realized HE wanted to be the leader, and had gotten more assertive. For about a week, there was a different kind of leadership vacuum as the three of them spent all their time and energy battling it out for power, and no one focused on keeping the team together and on track.

Leadership vacuums happen everywhere, and are often a shifting dynamic. They can be as simple as the leader of a meeting not showing up and someone else needing to step in last minute to take over. They can also be as complicated as the manager of a team leaving their position suddenly without appointing or bringing in a replacement.

In either case, every member of the team affected has a decision to make. Are you going to step in and fill the gap, or wait on the sidelines for someone else to do so?

And if you decide to step in and help fill the gap, how do you go about evaluating what kind of leader to be? Here’s a simple set of questions you might want to ask yourself:

Understanding the dynamic of your team and what they need is the first point because it’s the most critical, in our experience. The team we described at the beginning of this article happens to be our team of minis—mini-donkeys, mini-mules, and a colt. But the dynamics among a herd of horses (no matter what their size) is so similar to that of the dynamics among a team of people that we thought they made a good example. Tessa (whose real name is Peanut but that would have given us away) didn’t really assess anything—she just wanted to be the boss, so she stepped in and took over, even though it wasn’t really necessary. When Frank came into the group, she decided he needed a heavy hand, but has that made him a little meaner than he might have otherwise been? Lily, Peanut and Frank continue to wrestle it out on a daily basis, each of them sure they are the ones in charge.

Don’t make the same mistakes. Evaluate your situation more carefully, and you will be better positioned to act strategically in your team’s time of need.

Hard-wiring 104: Black and white or Shades of Gray?

Do you like to have all the details or do you look for the summary or bullet points? Do you like structure, 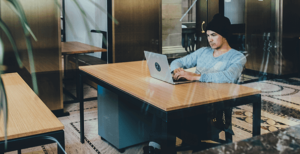 Okay, picture this. You’re working away on a report. You’ve really hit your stride and the words are flowing out of your 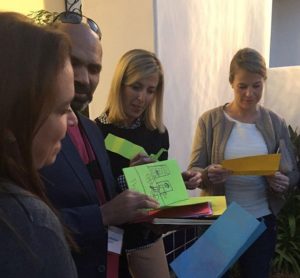 Hard-wiring 102: Wait, I wasn’t listening. I was processing.

I have two teenagers. They could not be more different from each other if they tried. This is most obvious when it

Our sole focus is your professional development. From Executive Coaching to classroom-based workshops to experiences at our unique location, we’ve got your team development needs covered. Connect with us to learn more today.
Facebook Instagram Youtube Twitter Linkedin

Hard-wiring 104: Black and white or Shades of Gray?