What’s your point? It seems like such a rude question to ask that we’ve stopped asking it in any form. Early in my career, before I was aware of the need to put any sort of filter on my mouth, I asked it often. The reaction I usually got was one of shock. Like, how dare I ask such a pointed question? But my hard-wired impatience for the process would inevitably take over. Finally, I stumbled across some better ways to ask it.

I know I’m not alone in my struggle to be slightly less blunt. Or at least be blunt in a way that people can actually hear what I’m saying rather than being shut down by it. Like all character traits, it comes with significant strengths as well as significant limitations. The strengths lie with never having to guess how I feel or what I think. If you are around me, you’ll know where you stand. If I see a contradiction in what you’re saying and what you’re doing, I almost physically can’t resist pointing it out. I’m not trying to be rude or mean, and certainly not suggesting I’m better than you. I simply struggle with that hypocrisy to the point of needing to say something.

If you read that last paragraph, it’s probably obvious where the limitations lie. We once worked with a man with whom I had fundamental disagreement on just about every position, view and value he held. He lives at the opposite extreme end of every spectrum from me. And yet, we had to find a way to work with him because he came to us for help. Rather than engage in pointing out the myriad of hypocrisies I saw in his actions, I chose to focus on the effects of those actions on the people around him. That was the purpose of our engagement. But the effort to avoid potentially offending him and dissolving into unproductive conversation by pointing out the mismatch of words and actions took a physical toll on me. I wound up in bed the next day with a whopper of a migraine.

Perhaps your struggle is at the opposite end of this spectrum. You may have been taught or hard-wired to avoid offending anyone else. The strength of that pattern is that you make fewer waves and probably feel more comfortable. But do you? Is it comfortable to sit and wonder if the meeting will ever end because you’re not sure what the outcome is supposed to be and you’re too afraid of offending someone to ask? Clearly, it’s a position that has limitations as well.

Good Grief, Get to the point!

There are many reasons we avoid asking someone else to get to the point in any form. But it has a cost. In the context of a meeting, if we don’t know what the point is of the meeting, how can we fully participate? Or help keep things on track? Or know where we’re trying to end up? How do we know if we even want or need to attend without knowing the point of it?

In the context of a one-on-one with a team member or colleague, the same questions apply. Many people have been quoted on versions of saying, “If you don’t know where you’re going,…” What’s the worst that can happen in your opinion? Will you end up somewhere you didn’t intend to go in the conversation? Will you miss the chance to make a key decision? Share a critical insight? Allow the conversation to go in a completely different direction than you intended?

But that’s the point. If you aren’t taking time to figure out what the point of your meeting/conversation/interaction is in the first place, how will you even know if you made it or not?

This works on both sides of any and every conversation. If you’re running a meeting or leading a one-on-one, you have primary responsibility for figuring this out ahead of time. However… if you’re participating in an interaction where this is not clear, you also have a responsibility to clarify it. Otherwise, what are you doing? Passive participation is not participation. It’s just passively sitting there.

Finally. Some alternatives and useful advice.

There are, of course, many better ways to ask what the point of a meeting or conversation is without offending the person you’re asking. Here are a few of my favorites—

We are social creatures. Even the most task-oriented among us can fall prey to rabbit holes. We like to follow the conversation, follow the other person’s stories, and we’ve been taught that interrupting is rude (some of us more than others). Therefore, it can be challenging to overcome that social teaching and seek clarity of purpose. But if you can find the way that feels best to you to do so? It will be an absolute game changer in every interaction where you employ this technique.

Got some of your own? Please share them with us. Or go try out one of ours and let us know how it goes. Go change the fundamental nature of your interactions. I promise you’ll be glad you did. 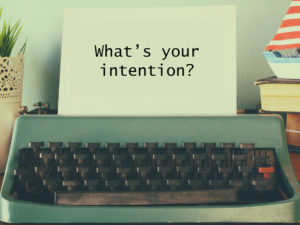 What Am I Getting Into?

Last week, we talked about getting clarity on outcomes. This week, we’ll focus on other types of agreements you can make up

“My team members are always coming to me with problems they want me to solve. No one seems to be able to 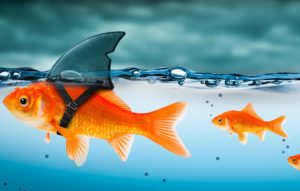 Earn the Right to Lead

Many people still seem to think leadership comes from your title, position, or having the corner office. This attitude results in what

Our sole focus is your professional development. From Executive Coaching to virtual workshops to experiences at our unique location, we’ve got your team development needs covered. Connect with us to learn more today.

What Am I Getting Into?