Whose fault is it anyway?

Why do we always need to look for fault or someone to blame? Why don’t we stop more often and look at ourselves before pointing a finger at someone else? You know that old saying, “One finger pointing at someone else means four fingers pointing back at yourself” or something like that. Why are we so quick to disregard that as valid?

I had a painful reminder of this exact thing recently. I could have chosen to make up a fictitious person to write this story about, but I decided self-disclosure is healing. Maybe my honesty about my many, many flaws and the ways I struggle through acknowledging them will help you do the same. The struggle bus is a lonely place when you feel like you’re the only one on board.

I have been under what some might say has been a lot of stress recently. I think it’s super easy to blame circumstances, stress, and other external forces. (I just realized as I type that this is one more way we tend to point that damn finger of blame at someone else. Okay, I’m going to stop giving context now because it isn’t important. On to the story.)

I was a jerk. Because of all the other things weighing me down at the moment, I was already feeling amped up. Nearly most all of us revert to our hard-wired tendencies when we are stressed out and those default settings come screaming out in me, for sure. I like my own ideas best, so if something isn’t happening the way I want it to, I can be a little tantrum-y. (It’s not easy to admit this publicly on my blog, but here I am.) This behavior is hard to recognize when it’s right in the middle of happening, but I have gotten so that I can see it pretty quickly afterwards. Usually. This occasion was not one of those times, unfortunately.

I started blaming the other person involved immediately. “Why isn’t she helping me? Why is she doing it like that? Why is she taking over? Doesn’t she think I’m capable?” These were all things I was screaming in my head. And yes, I’m aware of the contradictions. A few snarky comments did escape, but the screaming, I’m happy to say, was contained to my cranium.

I spent literally the entire day, into the evening, and a chunk of the next day fuming. It wasn’t until some time had passed and I had cooled off that I was able to actually have a conversation about it that helped me see what had happened.

The other person involved in this story is as amiable as they come. She’s one of those rare people (in my experience) who is quietly, supremely confident with no trace of arrogance. She simply knows what she’s capable of, and she moves around in the world getting things done. She’s the first to help if someone asks, and the last to criticize or question (out loud) if someone does something differently than she would. If she doesn’t know how to do something, she simply figures it out. She’s one of the most non-offensive humans I have ever met. And all those qualities are a big part of why I married her.

And sometimes, when I’m on the struggle bus, those same qualities light me the f* on fire.

What I was unable to see when I was in the midst of this recent struggle was that it wasn’t her fault that I was struggling. It was wholly, 100% mine. I was metaphorically jabbing my finger straight at her and four more fingers were coming directly back at me.

Her confidence is amazing and beautiful. And my crisis of confidence is not her fault, nor her responsibility to fix. It’s mine. Period.

I am inviting you to stop for a moment and identify one thing you are blaming on someone else. If you did, would you be able to recognize your ownership of your own feelings? Could you see past your feelings of hurt, sadness, anger, etc. to understand that no one else holds the pen to your story? If you were able to pick that pen back up and start writing again, how would you change the direction in which you are headed?

What would shift in your world? The possibilities are endless. 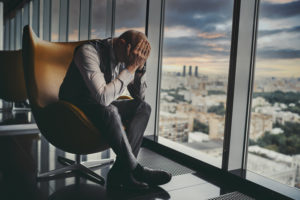 This is a SAD time of year for many of us, pun totally intended. Not enough sunlight; too many days out of 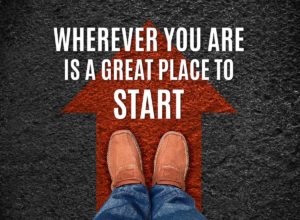 Is it just me or do you find yourself hesitating to shout “Happy New Year!” with the same gusto as you may 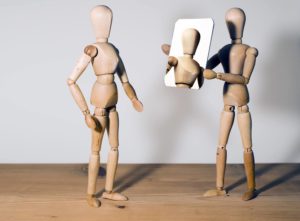 This month, rather than the traditional gratitude posts, we’re thinking specifically about the Covid-19 pandemic. While there are seemingly unending negatives to

Our sole focus is your professional development. From Executive Coaching to virtual workshops to experiences at our unique location, we’ve got your team development needs covered. Connect with us to learn more today.

Whose fault is it anyway?